Staphylococcus pseudintermedius (SP) is an important opportunistic pathogen, frequently associated with pyoderma and otitis in dogs. The emergence and rapid expansion of methicillin-resistant Staphylococcus pseudintermedius (MRSP) is problematic due to multidrug resistance and reduced treatment options. The aim of this study was to determine i) the prevalence of MRSP in dogs with pyoderma or otitis externa, ii) the antimicrobial resistance patterns of MRSP from South African isolates, and iii) the risk factors fo MRSP-associated pyoderma or otitis externa in dogs in South Africa (RSA).

Sixty-eight presumptive clinical SP isolates (collected from 65 dogs) from five geographically dispersed laboratories in RSA were collected over 2 years. Possible MRSP isolates were flagged when resistance to oxacillin was observed. Thereafter, all isolates were confirmed as SP by polymerase chain reaction (PCR) and further genotyped for the mecA gene.

Fifty-seven of 68 isolates were confirmed to be SP (83.8%), while 49/57 (85.9%) carried mecA. Our findings showed that preliminary phenotypic methods supplemented by genotypic methods increased the accuracy of correctly identifying SP. All isolates were resistant to at least one antimicrobial drug. There was a high incidence of amoxicillin (70.1%) and enrofloxacin (65%) resistance. Important risk factors for mecA positive carriage were previous hospital admission, pruritus, and previous antibacterial failure. This study demonstrates a high prevalence of mecA positive carriage (85.9% of samples) in MRSP pyoderma and otitis in dogs in RSA. There is an urgent need for better laboratory diagnosis of MRSP and surveillance of dogs presenting with pyoderma and otitis in South Africa.

C Prior, University of Pretoria

A Leisewitz, University of Pretoria 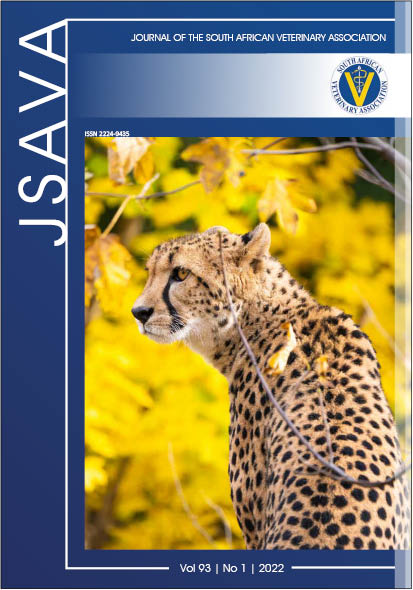 All articles published in this journal are licensed under the Creative Commons Attribution 4.0 International (CC BY 4.0) license, unless otherwise stated.